Compared to the Compact Architecture with Redis, this one works with Kafka. Consequently, Nuxeo Stream and the Bulk Service relies on Kafka, providing significant performance improvement compared to a Redis-based infrastructure. Redis and Chronicle Queue are no longer necessary by the Nuxeo architecture.

This is a compact architecture because it includes a single node for Kafka, so you don't need to deploy Zookeeper to keep track of status of the Kafka cluster nodes, Kafka topics, partitions etc. 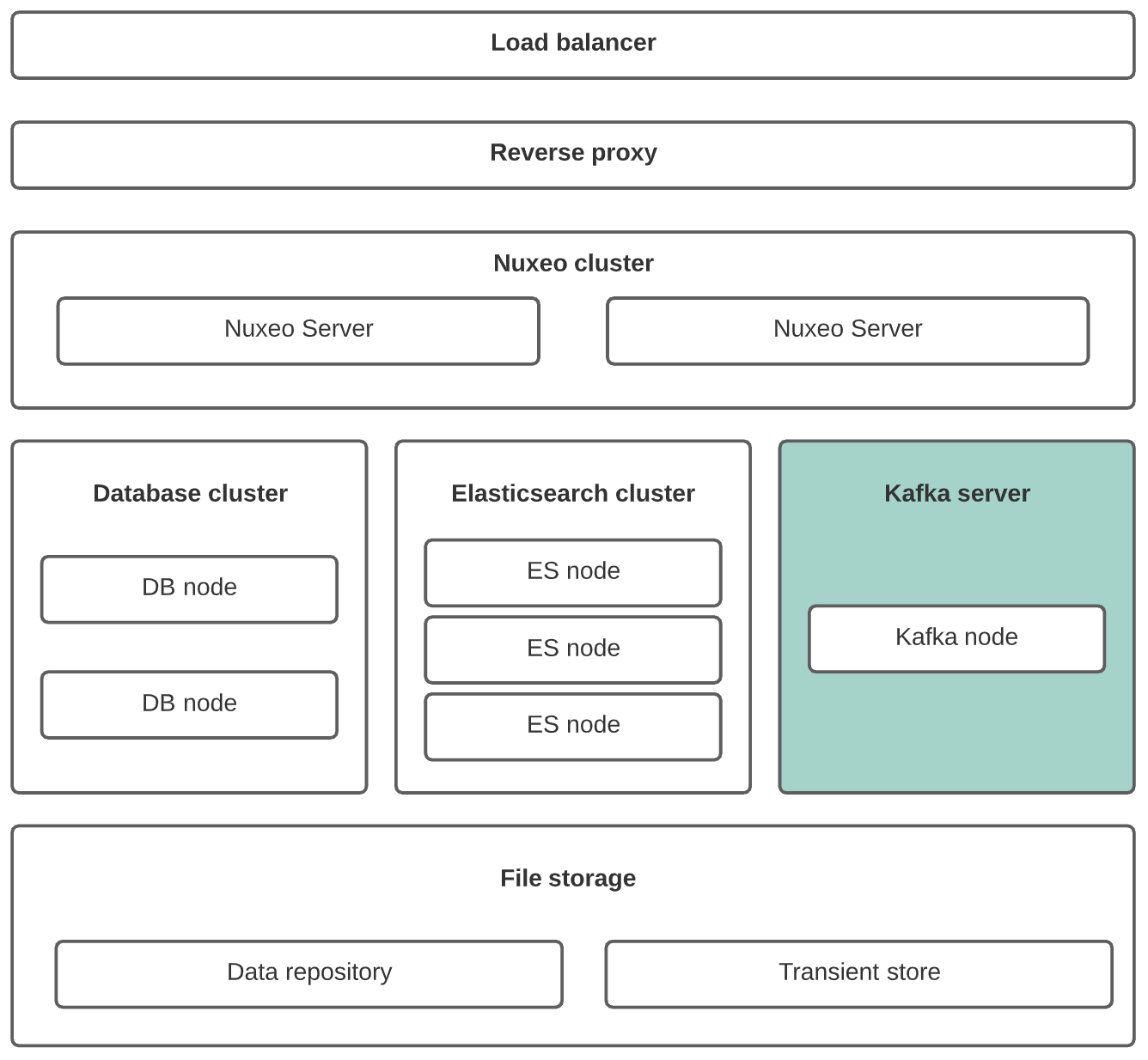 → Jump to the Distributed architecture with Kafka to provide a full high availability and fault tolerant Nuxeo architecture.