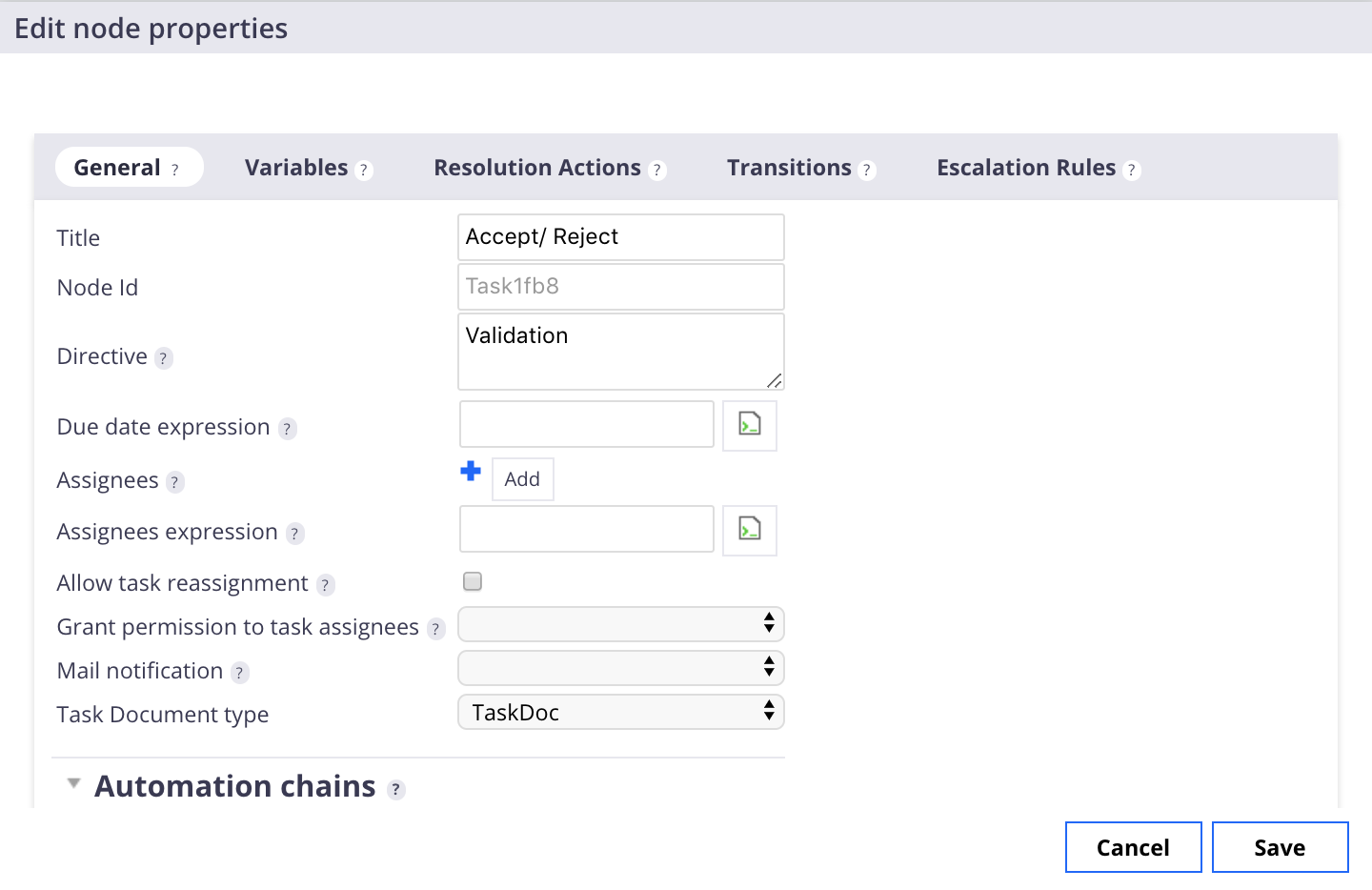 When using automation chains in the context of a workflow, some things are important to remember.

You can avoid this situation, when you know that you only have one document, by fetching this document first. To do so, you can use:

Then, for the rest of the chain, you will have only one document in input transiting from one operation to another.

Chains are ran with admin privileges

Whenever a chain is triggered in the context of a workflow, it is ran with administrator privileges. If your chain needs to be executed with the current user's privileges, it is possible to use:

It is not possible to use any operation that depends on the user interface inside a chain executed in the context of a workflow. The chain is executed at a very low level and will not have access to it.